Your generous gift will help the Mankiller Foundation to carry on Wilma’s legacy. 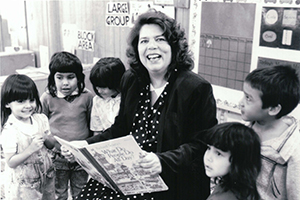 The Wilma Mankiller Foundation, a fund of Tulsa Community Foundation, seeks to continue Wilma Mankiller’s legacy of community development in Indian Country. The projects undertaken by the foundation support community development and focus on two essentials of life, water and food: promoting the movie and message of The Cherokee Word for Water, and our healthy food/community gardens projects underway in Adair, Cherokee and Muskogee counties. Read more about the Foundation 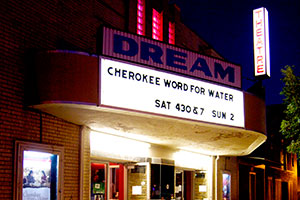 You can show The Cherokee Word For Water in your community or on your campus or as a fundraiser for your favorite organization. The process is simple. We’ve partnered with Tugg.com, which is a web-platform that helps individuals, groups and organizations to set up personalized movie screenings in community venues and campuses across the country. Click the button below to get started. Click here for a list of upcoming screenings

Own The Cherokee Word for Water

The Cherokee Word for Water, voted Best American Indian Film of the last 40 years by AIFI, is an award-winning feature-length motion picture that tells the story of the work that led Wilma Mankiller to become the first modern female Chief of the Cherokee Nation.

I want to be remembered as the person who helped us restore faith in ourselves.

This message is only visible to admins.

Excitement is building for the PBS documentary, “Mankiller,” being co-produced by Valerie Red-Horse and The Walking Dead Executive Producer Gale Anne Hurd, and expected to be broadcast later this year. Also serving as producers on the film are Wilma’s daughters Felicia and Gina, her widower Charlie Soap, and her close friend, Kristina Kiehl. Keep an eye on this page for public television broadcast details once they are announced.

We will send you periodic emails with news about the movie, upcoming screenings, special offers and current Mankiller Foundation projects.