The Cherokee Word for Water 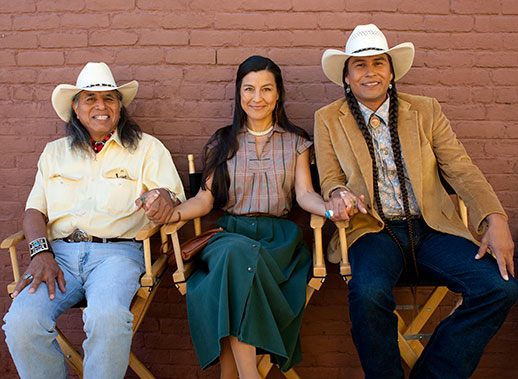 The movie continues to inspire and engage people wherever it goes.

In November, we partnered with Comcast/Xfinity to offer the movie as a free streaming option during Native American Heritage Month. Comcast felt we showed impressive results, reaching 30,000 homes during just one month. Comcast also featured a story about the movie and the Mankiller Foundation on its blog during the promotion. That same month we were recognized by American Indian Film Institute as the best Indian film of the last 40 years.

Since October, our Facebook posts have been seen by 1.2 million unique users. In that same period, 69,973 people interacted with the page, posting comments, sharing our posts and clicking on our links.

The Smithsonian Institution placed its first bulk order of The Cherokee Word for Water DVDs to sell in its National Museum of the American Indian gift shops in Washington and New York. The Aboriginal Peoples Television Network in Canada has just reached agreement to buy the Canadian broadcast rights.

The upcoming PBS documentary Charlie and Kristina helped produce will again focus attention on the movie and Foundation because both will be highlighted in the press around the documentary.